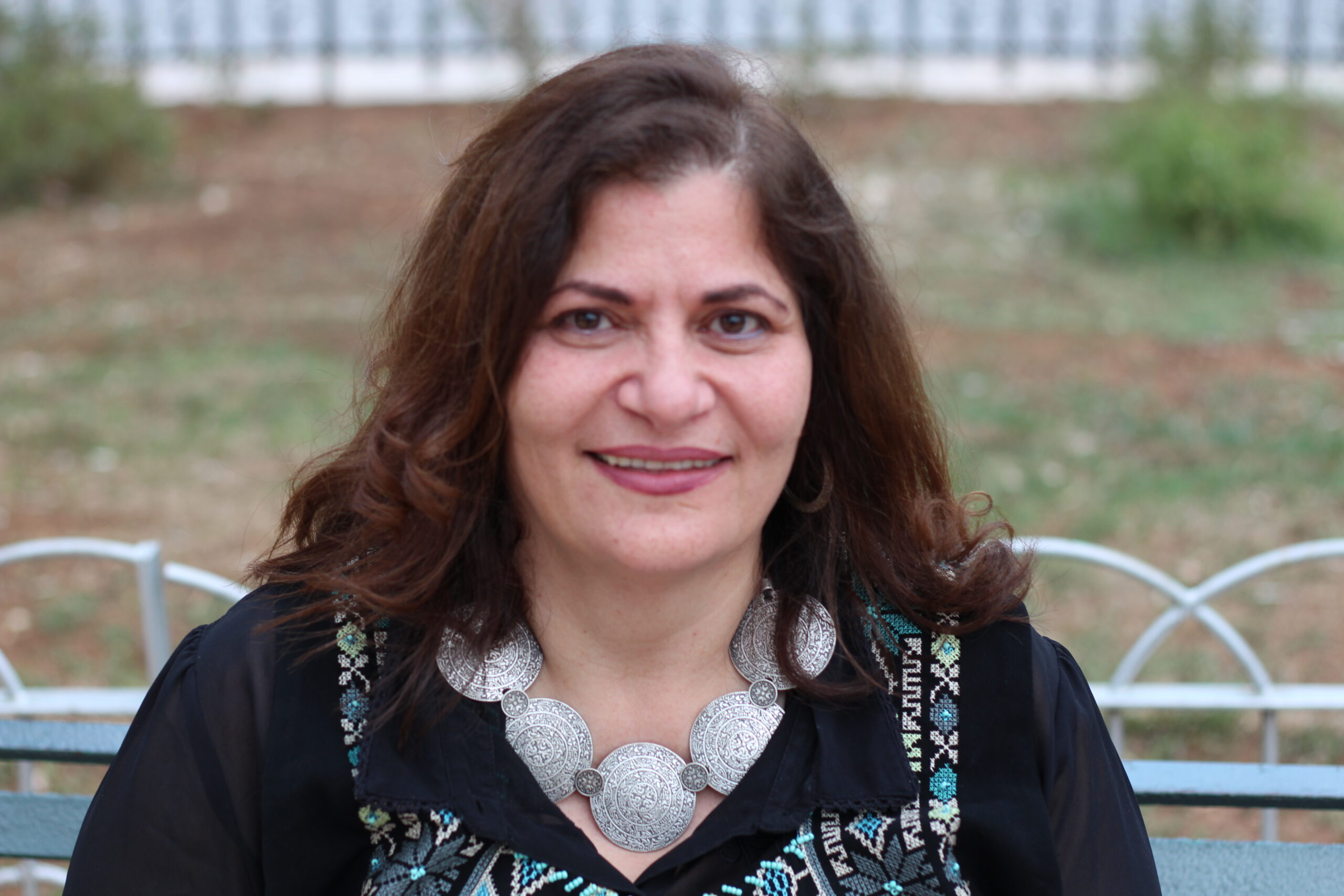 Jerusalem24 – Ramz Bsharat – The novel “Mays My Virtual Child,” by the Palestinian-Jordanian writer Hana Al-Ramli, was recently released by the Egyptian publishing house, “Our Books”.

A novel that knocks on the doors of taboos and rings the bells of danger in our Arab society, a realistic novel with its characters and events, which sheds light on the phenomenon of sexual exploitation of underage girls via the Internet, the phenomenon most prevalent in all countries of the world in general and the Arab world in particular, which spread and worsened during the Corona pandemic.

The protagonist of the novel is a hypothetical child named Mays, 15, who embarks on a series of unique adventures that yield terrifying results and facts. A journey in the mazes and dark corridors of the Internet, not only to enlighten it, but to detonate the mines planted in its land. Such as a robot specially made to detect mines, so that innocent people do not fall victim to these mines. A novel that deconstructs the secrets of the phenomenon of sexual exploitation of minors and its circumstances, starting with pedophilia, the trade in pornography, the prostitution trade, online prostitution and tourist prostitution, organ trade, slavery, sadism, homosexuality and incest, the seductive and delusional job offers, as well as brainwashing and those behind it. Be they organizations or individuals.

Each chapter begins and ends with a phrase that is a summary of the writer’s psychological state in each stage. It is an open space for readers to reflect and reflect.

Ramli begins the first chapter in the novel, citing the quote of Mario Vargas Llosa: “The novel gives life an exceptional dimension.”

In her novel, Hana Al-Ramli mixed reality with fantasy and fiction, with the humanization of ideas and dreams, and made them characters that are born, grow, excite, interact, fight, support, motivate and sleep.

She followed a new style of writing the novel, a novel that takes place between the virtual and the real world. It delves into the minds and souls of the human soul, which turns into brutal greed in the destruction of the bodies of minors and violates their rights to a life free from exploitation, injustice and slavery.

Al-Ramli says in her novel: “To penetrate the walls of the taboo is a kind of rebellion.”

It is worth noting that Hana Al-Ramli is a writer and researcher specializing in social and cultural Internet affairs. Consultant, lecturer and trainer. An international consultant engineer in Internet affairs for Arab media and the global Arabic-speaking media. Her first book, “Internet Heroes”, is about cyberbullying and online sexual harassment. 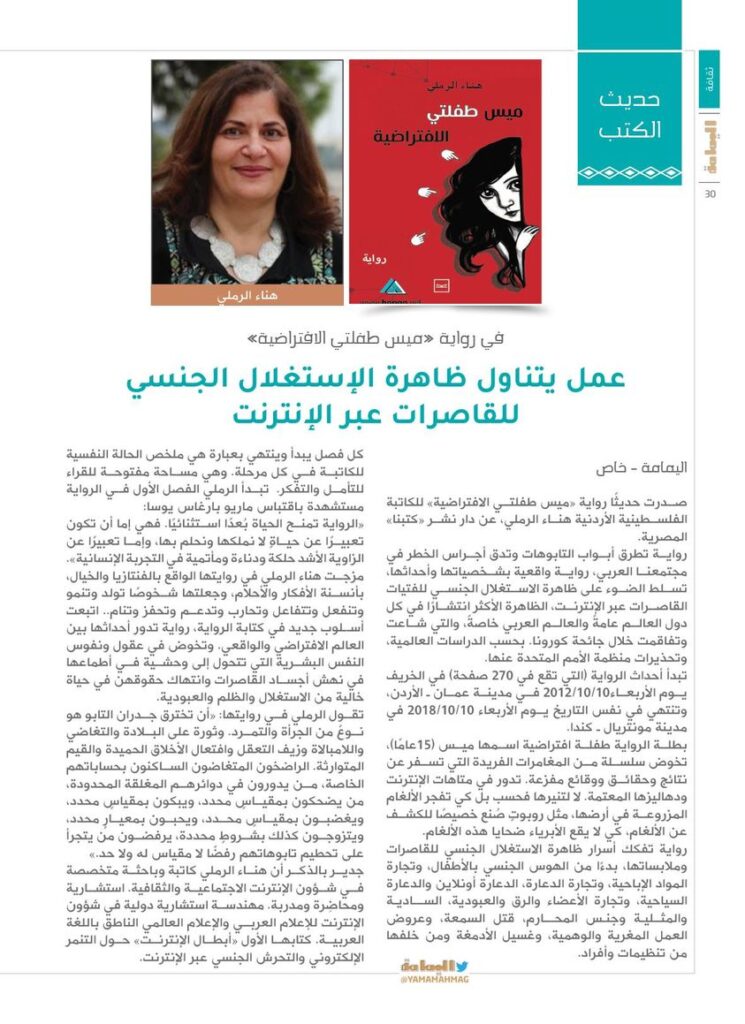